The duality of unity. Set rings and historical trendsMuch has already been said about ring sets. Now they can be seen on the hands of fashionistas and on the fingers of the newlyweds. Mystical and romantic stories contributed… 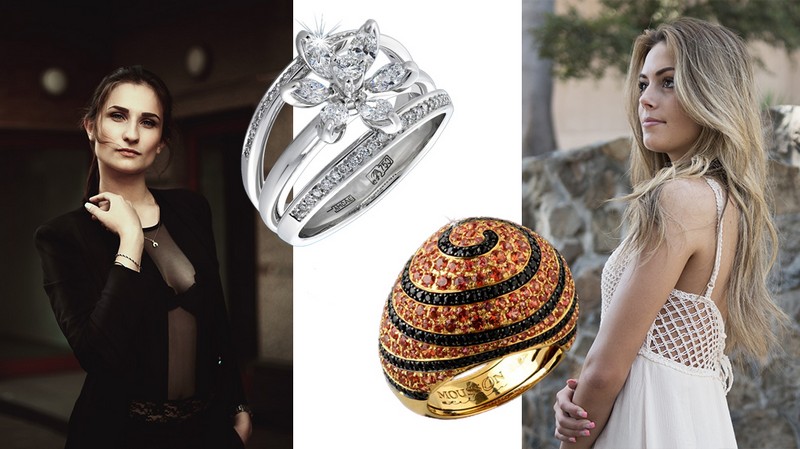 The duality of unity. Set rings and historical trends 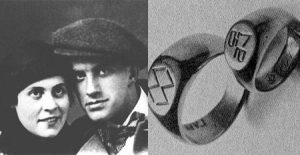 Much has already been said about ring sets. Now they can be seen on the hands of fashionistas and on the fingers of the newlyweds. Mystical and romantic stories contributed to their appearance. How did these rings come about and what brought them into mass fashion?

Initially, the sets of rings were intended for weddings and engagements. As you know, these rings have a very similar design, although they do not have an absolute mirror similarity. This is quite a symbolic creative decision. These rings represent unity in contrasting complementarity. As is known, this unique concept may well be considered modern, although its appearance was facilitated by the centuries-old path of evolution.

So, the progenitors of sets and wedding rings in general were rings woven from hemp. Our ancient ancestors, who could not mine and process metals, were already striving to express and unite their mutual feelings by exchanging rings. Later, with the advent of jewelry, wedding rings gained a wide abundance, all rather approaching the sets.

Most often, lovers preferred to exchange rings with symbolic and epic inscriptions, in the style of “love to the grave.” These depressively dark prints obviously inspired our predecessors. In the Middle Ages, many more attractive characters appeared. One of the most remarkable and extraordinary wedding rings were the Irish Kladdahs. Their sophisticated design with deep undertones firmly strengthened these rings in the world of fashion. To this day, many romantics continue to fasten the bonds of marriage with the claddah rings. This jewel is a metal ring on which the heart is located. This symbol of love and life gently hold two hands. Above the heart the crown rises majestically. Often, an inscription is engraved inside the ring, which deciphers its symbolism. The engraving broadcasts three simple but important concepts: “love, loyalty, kindness.” Sometimes instead of this phrase the number “3” is engraved inside the ring.

In addition to the Kladdahov rings, the Medieval couples preferred outlandish half-rings. They consisted of two rings, which were connected together, forming one holistic inscription: “united by God, man will not destroy.”

With all these rings are connected a lot of beautiful romantic heart-breaking and striking stories.

One of those was the fate of Mary’s wedding ring. That was the name of the French chemist who lived in the nineteenth century. He managed to find out that metal is part of the blood. The unhappy romanticist conceived an extraordinary surprise for his beloved. He began to collect his blood in order to extract enough metal from it. This material was supposed to serve as raw material for the engagement ring, which he intended to give to his beloved. Conceived was not destined to happen. Romantic chemist died from a great loss of blood.

Less tragic was the story of another scientist from Germany – Wilhelm Conrad Roentgen. Creating an X-ray machine, he took a picture of his wife’s hand, which was wearing a wedding ring. So, this is a significant decoration forever imprinted in history.

The engagement ring of the literary hooligan Vladimir Mayakovsky was filled with special drama. One of the most dexterous jewelers, the master of the rectilinear word, ordered an engagement ring. This decoration was intended for the poet himself, he did not plan to hand it over to anyone. Nevertheless, it was dedicated to the love of Lila Yuryevna Brick. Actually, it was her initials that were visible on the outer side of the gold rim. Thanks to the widely spaced letters “L.Yu.B.”, when turning the ring, one could read the word “I love”. It was not possible to live a long and happy life with his beloved V. Mayakovsky. The writer died almost half a century earlier than his chosen one.

Nowadays, more and more happy stories related to ring sets are known. Now they are made not only from gold, silver, and platinum, but also from bones. An unusual solution for lovers prepared by British scientists. They invented a method that allows making rings of sets of newlyweds bones. To do this, do not have to sacrifice the ribs or phalanges. Just share a piece of DNA. From the cell, scientists grow round bone that can serve as a ring. So, on the wife’s finger the bone of her spouse can flaunt, and on the hand of her husband – the bone of the beloved can be seen. This concept sounds a bit creepy, but terribly romantic.

However, diamond ring sets come to us from the USA are the most popular. In Ukraine, such a wedding jewelry can not be met at every jewelry store, but our luxury salon presents them in wide abundance.

Gold as a material in the hands of a jewelerGold is a traditional material used by jewelers, as well as one of the few metals that is practically not susceptible to corrosion. And since the world’s gold reserves are…