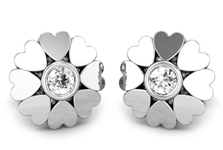 What is a diamond, use value in jewelryCalling any cut diamond a diamond would be a mistake. As a consumer, you must be well versed in the concepts with which jewelers operate, because it depends on how…

Indian wedding magic or everyone has their own quirksThe wedding traditions of western countries are almost the same, while Asia continues to amaze with the diversity of its cultures. Their eccentric beliefs and distinctive rites are worthy of… 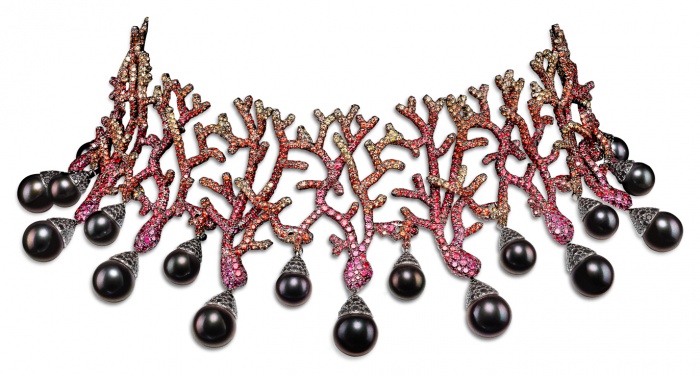 How to choose gold earrings for little girls?Who if not women know the whole essence of beauty and attractiveness. From a very young age, the girl wants to look like her mother, she takes her mother's lipstick…

Sometimes, it seems that there is nothing eternal or imperishable. Over time, all that was expensive, sought, and sought, loved, and suffered turns to dust. Memory fades over the years and hides in the mist of life. But there is something that serves to live for centuries, collecting stories, capturing feelings, stating facts, and passing it all on to distant followers. These witnesses of epochs and destinies are jewelry jewels. The most special attention are mourning ornaments. What is their remarkable? What is this type of jewelry accessories?

Bright, playfully glittering decorations are associated with idleness of life. Among this variety of types, styles, techniques and textures there is a whole direction of jewels, reflecting the greatness of death. Why were so gloomy accessories invented? Mourning ornaments were invented as the most practical solution for creating eternal memory. Over time, not only gravestone gravestones are erased and smoldered, but also portraits, photographs and recordings created by the hand of a lost person. All that, the legacy left behind its death. It may eventually turn into dust, covering up the traces of a long-vanished life. So that the memory of a loved one could be stored forever and passed on to descendants, jewelry craftsmen invented a peculiar mourning trend. The first jewels of this genre appeared in the west of Europe in the 16th century. At first, pompous rings with large skulls portrayed names dear to the heart.

In addition to the rings, pendants were created in the form of coffins. The name of the deceased was engraved on the lid of the coffin, and a skeleton was placed inside the pendant. Widows and children also wore mourning wreaths made of black ribbons and decorated with metal skulls on their heads. In addition to such extravagant accessories, symbolic decorative objects made of precious metals and stones were also created. These memorial figurines often depicted the figure of the deceased, located on the grave gravestone, on which the angel descended. Sometimes, instead of a figure of a particular person, a skeleton was depicted. The gold or silver tombstone is often supplemented with symbolic inscriptions, name, and dates of birth and death.

Over time, the skull on the rings was replaced by a portrait of the deceased. This gothic style suffered the most radical changes in the era of asceticism, which occurred in the nineteenth century.

Then, instead of sinister skulls and skeletons decided to use the imperishable part of the deceased, namely: curls. Hair neatly intertwined in a braid and hiding in precious pendants. Rings and bracelets framed with sparkling precious stones began to complement with the same extravagant element of eternal memory. The sophisticated fantasy of jewelers allowed creating a rich variety of models incorporating curls into their designs.

The richest collection of mourning jewelery is presented in the British Victoria and Albert Museum. All exhibits were provided from private collections. The owners of these memorial decorations have been dead for a very long time, but the memory of those for whom they were so mournful, whom they passionately loved, and who they remembered with a special feeling of tenderness, is still alive.

Nowadays, memorial jewelry is complemented with dust. But most people tend to attribute memorial jewels to the number of medieval savagery. Obviously, it is necessary to have a special relationship to death in order to wear such products.

Nevertheless, as in those distant medieval times, and now the most durable and pleasant object, evoking memories of ancestors left, continue to be jewelry, which was worn by a close person who left the life.

What is going out when autumn comes?Autumn in Ukraine promises to be warm, and looking at world podiums it becomes clear that it will also be colorful. This forecast can please and sadden, because many young…