Alternative wedding. A bit dark romance on the bright celebration of lifeTraditions sometimes turn into patterns. Predictability has long been known millennial customs makes the celebration boring and mundane. Those who go against the stream are really having fun! What weddings… 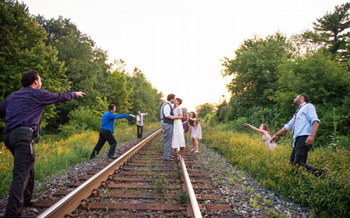 Which ring will suit a real lady?Jewelry rings made of gold, silver, platinum and other precious metals have been and remain an example of a perfect gift. How to choose a ring for ladies? When is…

Stylish neck jewelry: how to combine a necklace with clothesFollow the fashion and show individuality is not always possible. Modern clothes are quite the same type, and you can meet your “twin” even on the red carpet. But there…

Few diamonds or what can last longer than eternity?

An unknown hero once said that nothing can last longer than eternity. But what is eternity? Is this unknown crank right? If something cannot last longer in relation to something, then probably eternity has its end. Probably, thinking about eternity, we subconsciously mean our life. Thus, there is something in the world that can last several eternities. The tears of the gods or the icicles of Hell, they saw much more than some stones and caves. What is this mysterious substance?

Diamonds are a unique creation of nature that has seen many faces and events. This jewel is passed on to descendants, and with each generation it becomes much more expensive and significant. Those who discovered this unique stone are no longer alive, and the diamond continues to keep secrets, stories and a mysterious, but majestic brilliance. The first mentions of diamonds are found in Persian manuscripts. True, the inhabitants of the east were not too respectful of diamonds, considering them to be creatures of Satan. This opinion was not shared by the Ancient Greeks or, as they say, what is good for a European, for a Persian is death. This blinding stone came to Europe thanks to the democratic conqueror Alexander the Great. In I – III century AD diamonds were very popular among Roman men. The inhabitants of the Roman Empire called diamonds tears of the gods and believed that this stone is able to scare away evil spirits.

The world’s first diamond appeared in the 1465th year. It was made by Ludwig Van Berkem on the orders of the Duke of Burgundy Karl the Brave. The duke wanted to decorate his armor with diamonds in order to blind and disorient the enemy. Apparently, for more intimidation, the world’s first battle diamond was made in the shape of a rose. There is no history of whether Charles the Bold succeeded in blinding his opponents, but he certainly hit the ladies. A few years later, one of the favorites of the French king quickly picked up the shiny little thing. So, diamonds began to decorate the pale bodies of beautiful ladies and quickly empty the pockets of their noble gentlemen. One of these fashion victims was the Archduke Maximilian of Austria. He decided to give his beloved an unusual and impressive gift. This is how the world’s first diamond ring came into being.

However, despite its brilliant appeal, diamond jewelery was not very popular. The reason is that no one was able to find the right cut for this strange stone. Such a problem existed until the twentieth century. At the beginning of the new progressive century, the mathematician Tolkovsky managed to find the right method for cutting diamonds. Because of this, diamonds have become widespread at an incredible rate.

However, in the high price continues to be jewelry with history. More and more contemporaries prefer to make purchases in antique stores in order to keep the history in their hands. But, despite this trend, no one refuses to buy modern diamonds. Thus, people make successful investments of financial assets that are quickly multiplied and easily inherited. With this dazzling financial contribution you can insure your heirs from material adversity.

However, one should not think that any piece of jewelry can grow in value. Only high-quality products in which high-class work of masters is visible can increase their own value. Now in Ukraine there are not too many jewelry stores that can offer such a product. In our jewelry online store, all products are exclusively copyrighted and are made in accordance with all international standards. In addition, in the salon Daimox you can get exclusive products for individual orders.

How to present wedding rings?On the wedding day, everything should be especially solemn and charming, so that the holiday of love becomes a great start for a new family and a wonderful memory. Therefore,…